Have a new iPhone with no headphone jack? Already own great wired headphones but want to go wireless? Here’s how. There are many small Bluetooth receivers that easily fit in a shirt pocket and untether your headphones from your phone, but many falsely advertise that they include special features like the AAC and aptX codecs. The $26 TaoTronics TT-BR009 delivers on functionality and sound, accurately supports the correct Bluetooth profiles, and includes both specialized codecs in addition to the more pedestrian SBC.

This economical high quality solution was harder to find than I thought, because many Bluetooth receivers advertise features they don’t actually have. I was looking in the inexpensive realm of non-name-brand products, but being a minor brand name is no excuse for flat-out misrepresentation.

This receiver is small (relatively the bulk of a dental-floss container), rechargeable (via micro-USB), and supports both music playing and hands-free phone usage with its built-in mic. You pair the receiver with your phone (or computer), plug your fancy headphones into the receiver, and stick the receiver in your shirt pocket. It’s pretty simple, and having a wire-free phone is addictively freeing. You do have to remember to charge this extra device, but in my experience using Bluetooth doesn’t have a discernible impact on the phone’s battery usage. 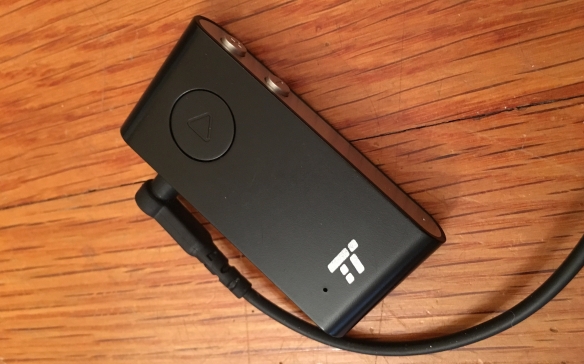 So, what are all these acronyms, but more importantly, which ones appear in this product?

The myth of aptX and AAC

First, a primer on Bluetooth audio.

Second, a primer on Bluetooth audio on phones and other devices

The corollary of #1 is that if you have an iPhone you can’t use aptX. You get to use AAC which is essentially Apple’s equivalent – a better codec than the stock SBC. More importantly AAC is the codec used (rather than mp3) for iTunes downloads so iTunes-sourced music doesn’t have to be cross-coded, another way sound gets deteriorated.

So, what about the other receivers I tried?

I found the TaoTronics not by advance knowledge but by trying a half dozen relatively-low-cost Bluetooth receivers and testing them using the analytical tools provided by Apple. I could prove this receiver really does support both aptX and AAC

For iOS, tracking the Bluetooth codec in use is easy. The macOS Console lets you monitor a connected iPhone that in turn is connected by Bluetooth to a receiver. Using this, I confirmed AAC was in use, as a general rule. With other receivers I tried, the codec remained stuck on the SBC option even when I was forcing AAC or aptX, proving the manufacturers’ claims were BS.

More info from Head-Fi.org and Stackoverflow. 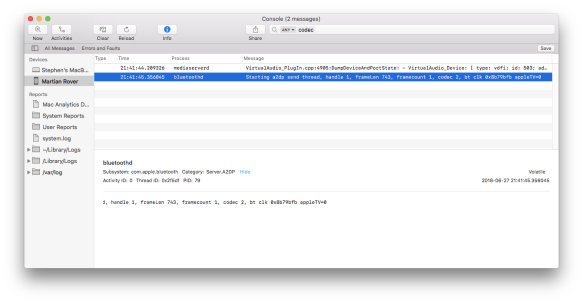 Mac Console: the codec=2 indicates AAC is in use on my connected iOS device

For macOS itself, tracking the codec is easy (same as for iOS, but look at the Mac you are using). However, controlling the codec is trickier. In my experience you may need to force aptX or AAC to be used, but both are 100% supported on all the Macs I own including a 2008 MacBook model.

Using any Bluetooth receiver with a Mac you can see the codec in use – simply hold down the option button and click the menu bar Bluetooth symbol. 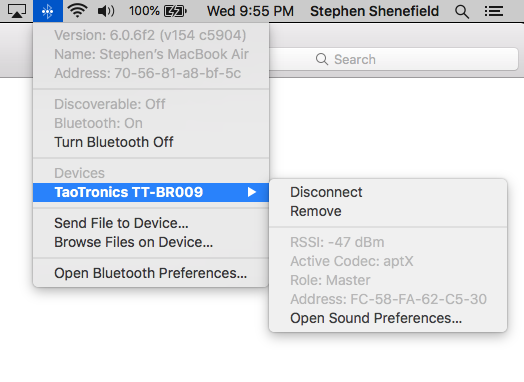 On a Mac, hold down the option key and click the Bluetooth symbol to see detailed status information

To force the system to use a specific codec, you need to use Apple’s Bluetooth Explorer, part of the Xcode package used for app development. You do have to sign up as an Apple developer (free), but you don’t have to download and install the entire (very large) Xcode package. You can download and install just Bluetooth Explorer. An audio options menu lets you choose the codec to use. Note once you make the choice you need to restart the computer to see the change. 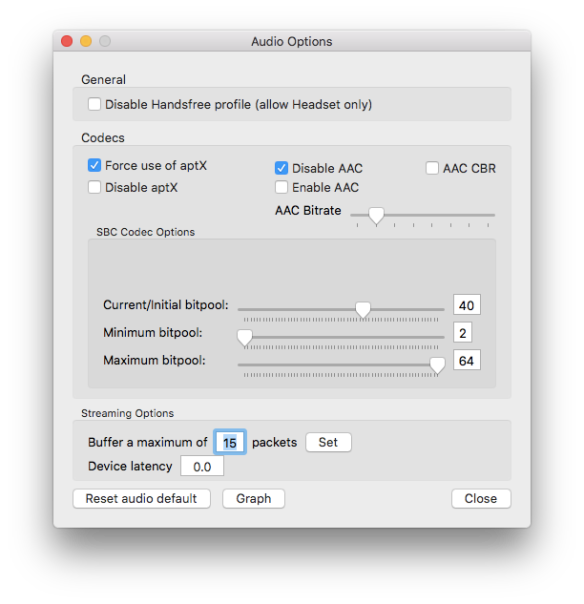 On a Mac I can force usage of SBC, AAC, or aptX. I am sure this can be done on a Windows machine as well. 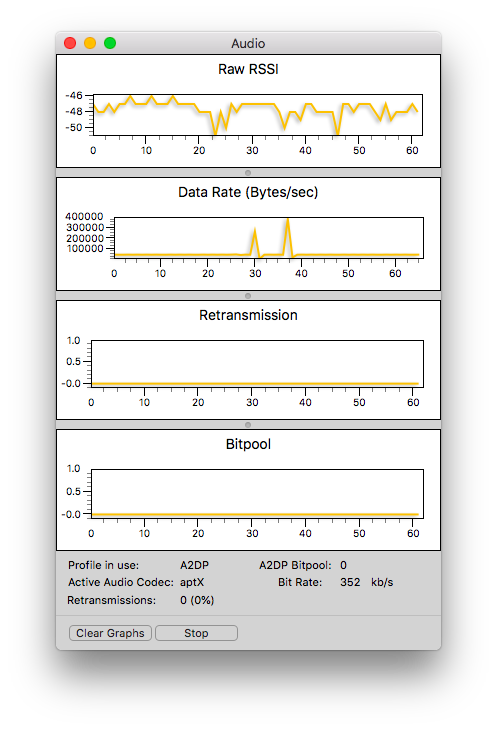 How does it sound?

By the way, if your car lacks a Bluetooth connection for audio, this product is a great way to get sound into the car’s audio system, using the supplied male-to-male mini plug. 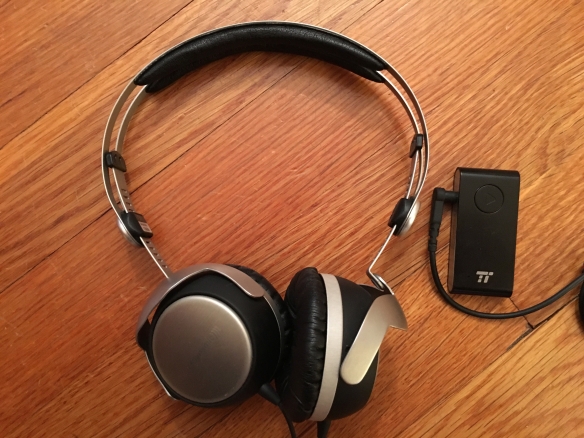 TaoTronics with the beyerdynamic T51i

The irony in my case is that I don’t even need to use a wireless set up. I have an iPhone 6s with a headphone jack. I ride the bus and subway into Boston every day, and I really like the wired beyerdynamic headphones I already own. What I wanted to do was to get away from having a headphone cable plugged into a phone that I might want to put in a pants pocket. I always put the receiver in my shirt pocket – next to my sunglasses when I’m not wearing them. I have been very satisfied with this arrangement.